The Blob, 1958, directed by Irwin S. Yeaworth, Jr., screenplay by Kate Phillips and Theodore Simonson, from an idea by Irvine Millgate.

It's an article of faith among film critics that the schlock sci-fi of the fifties can be mapped onto the fears of the era: Godzilla is about fear of the atomic bomb, Invasion of the Body Snatchers is about fear of conformity, and Forbidden Planet is about fear of Leslie Neilsen movies. So it's not too surprising that people look at The Blob and try to find a deeper subtext. Maybe it's about Communism. Or Korea. Or the Republican Party. Bruce Kawin makes the best guess, pinning the blame on post-war consumerism. You can make a case for that, and Kawin does, but I think it's probably apophenic to find too much deep cultural significance in a film that was inspired by the Sherwin Williams logo: 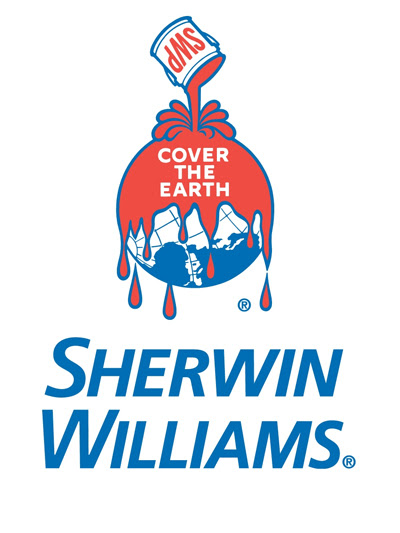 The Blob is, as Kawin notes, pretty unique among fifties movie monsters for being completely devoid of human characteristics. It's just exactly what you'd think it is from the title. 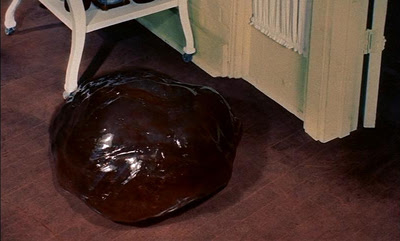 Found inside a crashed meteorite by a crazy hermit, the blob is a transparent goo that grows as it eats. And it eats people. It's a great idea that's kind of indifferently executed, because Yeaworth and company were as interested in making an antidote to teenage delinquency movies as they were interested in a monster movie. So for every scene of the blob creeping up behind an unsuspecting victim, you're guaranteed a scene of good-hearted teenagers trying to convince the town's authority figures that they're being honest about the monster they keep reporting. So why has the film outlived contemporaries like The Crawling Eye or The Giant Claw? I can answer that in three words: 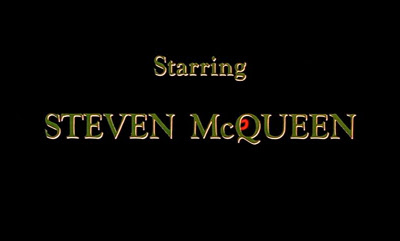 This was McQueen's first starring role in a feature, and not a moment too soon. He was 27 when this was filmed and looked every last day of it. 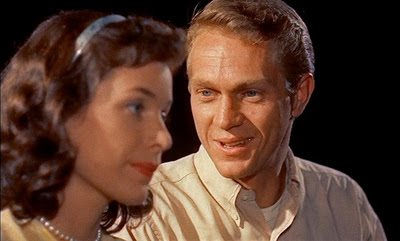 I'm more likely to believe that a semi-sentient man-eating gelatin could crash-land on earth than that McQueen or his co-star Aneta Corsaut are in high school. Maybe that's smart, in terms of distracting the audience from all of the film's other implausibilities, but this was not McQueen's finest hour. He hadn't really developed the persona that made him famous, and Bullit was years away. So The Blob is a rare opportunity to see one of the coolest movie stars in film history play a dork. We're talking shirt-tucked-in-no-belt, people. 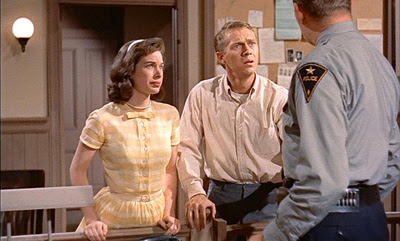 McQueen does an acceptable job of playing a guy who is not very cool by any modern standard, but he gets completely left in the dust by an actor named Kieth Almoney. Cast as Corsaut's younger brother, Almoney made the bold choice to portray him as the tragic victim of a brain parasite. 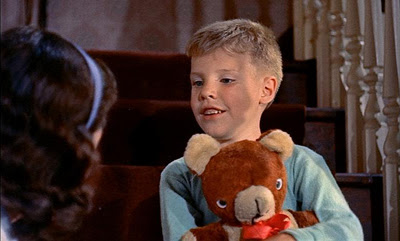 It's hard to choose a single favorite thing about Almoney's magical onscreen presence: when you deliver each line like Homestar Runner, everything you do makes an impression. His one-man toy pistol assault on the Blob is probably the high point. 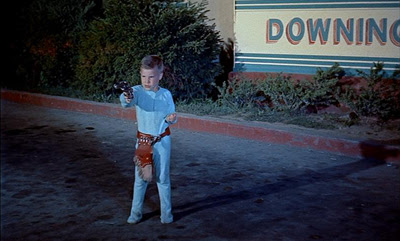 Almoney's performance betrays The Blob's origins; it was independently produced by a band of amateurs, far from Hollywood. Jack H. Harris was an independent distributor fed up with trying to sell poverty row Westerns to audiences who wanted Technicolor. He put the film together for virtually nothing at Valley Forge Studios in Pennsylvania, with a director and crew trained in producing religious shorts. Kate Philips had written for television, and Yeaworth mentions hiring an experienced editor after some false starts (although no one in the editorial department has previous credits on IMDB), but everyone else was brand new to the feature world. In fact, Kieth Almoney, like several other cast members and all of the extras, was recruited from Yeaworth's church. When something's that homegrown, it's easier to forgive things like the happy grins on the faces of the crowd fleeing the Colonial Theater in terror: they're gonna be in the movies. 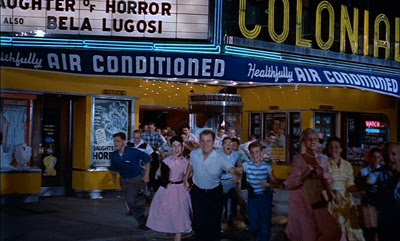 As far as casting the main roles goes, Harris made the financially smart decision to shell out for experienced actors in minor roles, while giving the leads to cheaper unknowns. Of course, when you luck into hiring Steve McQueen as an unknown (and pay him all of $3,000), the success of your film doesn't really depend on the audience finding Alden Chase's face reassuringly familiar. 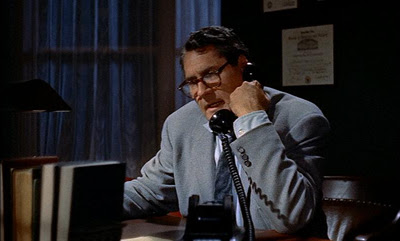 Harris's modest goal with The Blob was the same as every scrub at Sundance: get studio distribution. Fortunately, Paramount needed something to fill out the bottom of a double bill with I Married A Monster From Outer Space, so Harris got his wish. Yeaworth and some of the other crew seem to have believed they'd made a work of gothic horror, but the Paramount executives knew what they'd bought: the first thing they did was cut the ominous opening-credits music (over Saul-Bass inspired titles) and replace it with a novelty single called "Beware of the Blob," written by Burt Bacharach and Hal David. The single charted in Los Angeles, Carson made a joke about it on-the-air, Paramount gave The Blob top billing (and re-released it once McQueen was a star), and there's no Criterion edition of I Married a Monster from Outer Space. Maybe there should be. 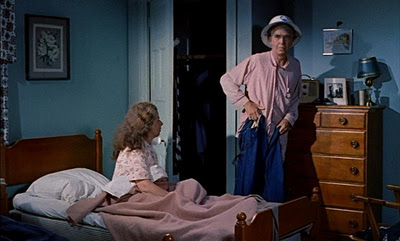 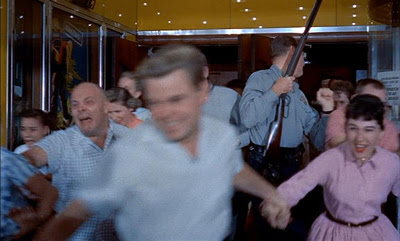 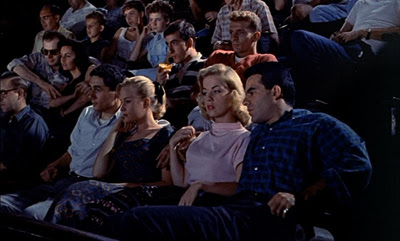 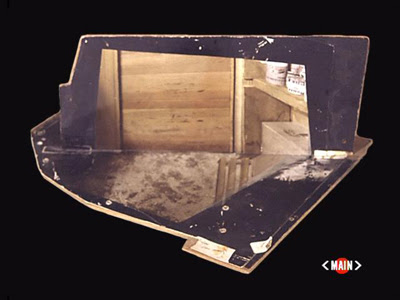 The Blob (colored silicone, in its pre-implant days) would then roll toward the camera when the set was tilted. When it works, the effect looks fine, but when anything's wrong with the perspective, things go very badly. Take a look at the M. C. Escher inspired angle on the diner stool: 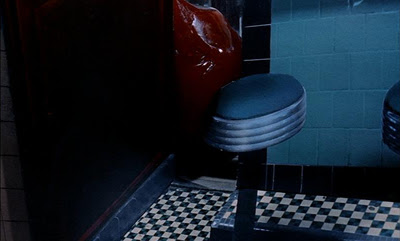 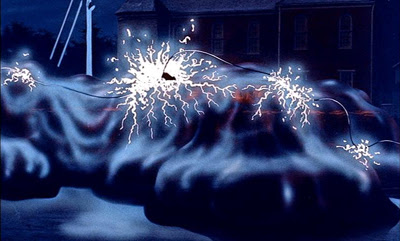 That said, there's a single shot of the teenagers looking at the Blob enveloping the Downingtown Diner that goes right around past bad to good and ends up looking like something Miguel Calderón would hire someone else to paint: 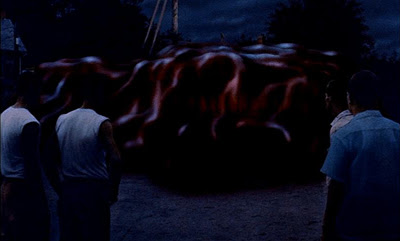 I would absolutely buy the original. 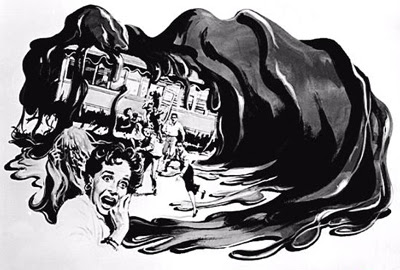 Say what you will about the art style, you know what you're getting. And then there's the French. One thing to remember about The Blob is that McQueen is never shirtless in the film. What's more, since it was made in 1958, there aren't any cars from the mid-60's in it. Nor are there helicopters. Or skyscrapers. And McQueen's costar is a brunette, not a shotgun-wielding blonde. So the French poster might lead you to draw some incorrect conclusions: 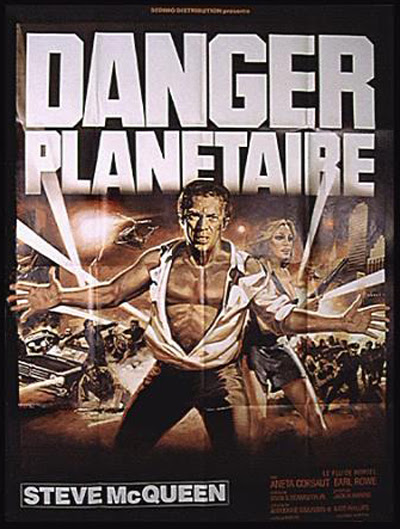 Ah, La France! If Danger Planetaire existed, I'd watch it more often than The Blob.